NASHVILLE, Tennessee – WhistlePig Whiskey and Grammy Award-winning country music duo and reigning CMA Duo of the Year Brothers Osborne are celebrating 100 for all, all for 100 this holiday season with the launch of their new whiskey collaboration. The WhistlePig PiggyBack Legends Series: Brothers Osborne Barrel is a single barrel, limited-edition 100% Rye Whiskey, created for and selected by John and TJ Osborne, to celebrate those who give 100% in the name of greatness.

The second iteration in their single barrel PiggyBack Legends Series, the Brothers Osborne Barrel is aged in American Oak Barrels for no less than 6 years before finishing its journey with high toast custom barrel heads. This PiggyBack 100% Rye Whiskey was selected by the brothers themselves for the perfect melody of balanced flavors in each sip from start to finish. It is bottled at 96.56 proof, with a balance of sweetness, spice, and smoke. 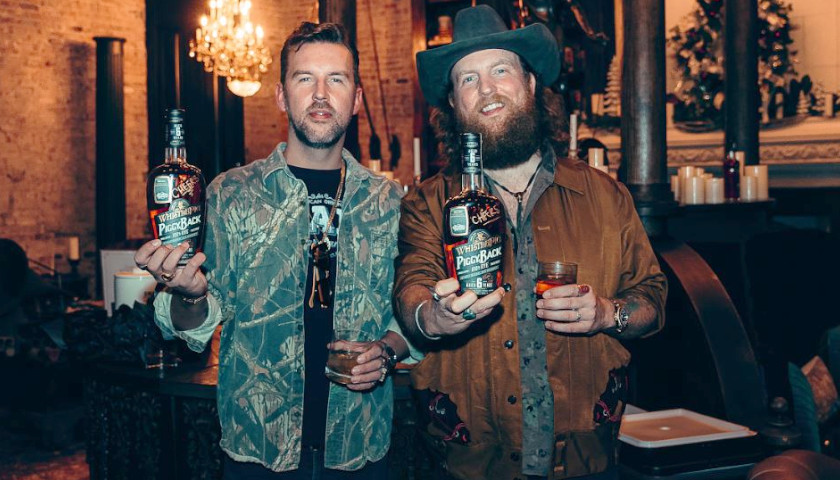 I spoke to Jason Newell, SVP of Partnerships at WhistlePig so he could explain how this Vermont whiskey differs from the renowned Tennessee and Kentucky bourbons and whiskeys. Their whiskey is made primarily from rye grain (as opposed to corn) and it is aged in whiskey barrels made from the oak trees grown on their Vermont property that have been toasted and/or charred. Whiskey can be finished in a different barrel than it started in, if desired.

The Osborne brothers tried many different combinations before they found the whiskey they most preferred. Their PiggyBack 100% Rye Whiskey is a medium char with a high toast.

Newell expounded, “What John and TJ did was they came up to the farm, where they were presented with a variety of barrels of different ages with different toasts, different chars. We figured out which whiskeys they like and narrowed it down to six options.”

He continued, “The beautiful thing about whiskey is you like what you like. Everybody has a different palate. The brothers have a similar palate and they zeroed in on this particular toast and char profile. And as we all know country music and whiskey go hand in hand.”

John Osborne told me, “Whiskey is everybody’s drink. There is a whiskey for everybody the same way there is a beer for everybody. Whiskey, especially this brand, is very friendly to the palate. It’s not harsh. It’s easy to drink. You can drink it on a hot day or a cold day. It just works anywhere. We may not be for everybody, but this whiskey is.”

What makes WhistlePig Whiskey different than many of the more known distilleries is that they are small and innovative and are willing to try something new, especially when it comes to the final blending and finishing. They are a small-batch, handcrafted distillery who are not afraid to experiment to find something different to make them stand out in the crowded field of whiskey profiles. 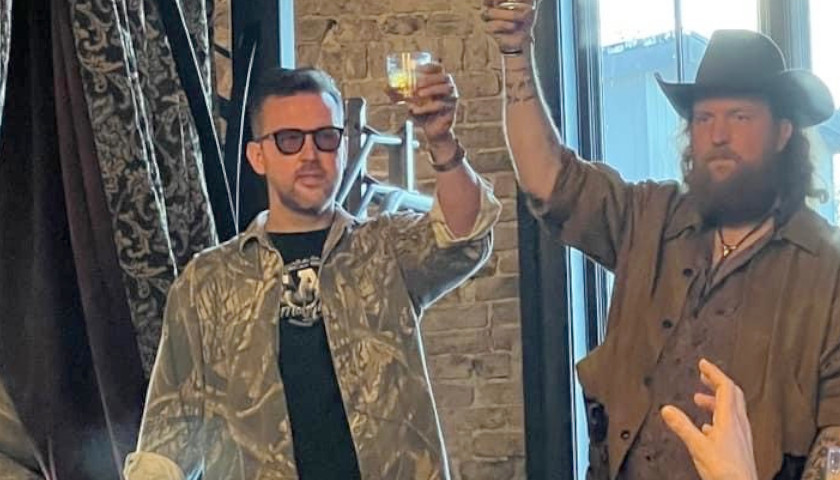 The Brothers Osborne Barrel will be available for purchase online at shop.whistlepigwhiskey.com on November 15 for $49.99 MSRP per 750ml bottle and sold in select stores across Texas, Tennessee, and Illinois this fall. Approximately 100 bottles autographed by Brothers Osborne will be available for pre-order for $225, in honor of Deuce & a Quarter, the brothers’ original family band with their father. Proceeds from the sales of each bottle will benefit Rogers Behavioral Health and its foundation, Mission Possible Fund, raising funds to provide free mental health treatment to low-income patients.

TJ Osborne explained, “I didn’t realize until my brother went through [a mental health crisis], how many people have problems this size. There were so many people who either personally or someone close to them had very severe mental health issues. It’s just one of those things people don’t talk about. Everyone around you all day is dealing with those things. It’s really sad that getting help is a privilege that only the wealthy can afford, and a lot of people need it, especially those who are disadvantaged economically. It became very obvious to me that this is a way bigger issue than I had originally realized.”

The brothers realize they are fortunate enough to be able to pay for the mental health care they need, but so many others who desperately need help cannot. The proceeds from the sale of their whiskey will help those who wouldn’t be able to get the treatment they need another way.

Not only that, “We’re very proud to release a new kind of single barrel for our family to enjoy this holiday season,” John and TJ said.

“At its core, music is a string of notes that creates a perfect melody, and the same applies to whiskey. You want a combination of various components that complement one another, and whether it’s music or whiskey, it’s always a dynamic mix. We are huge fans of WhistlePig, so much so we included them in our recent music video. We’re inviting everyone to raise a glass with us to something dangerously good!”