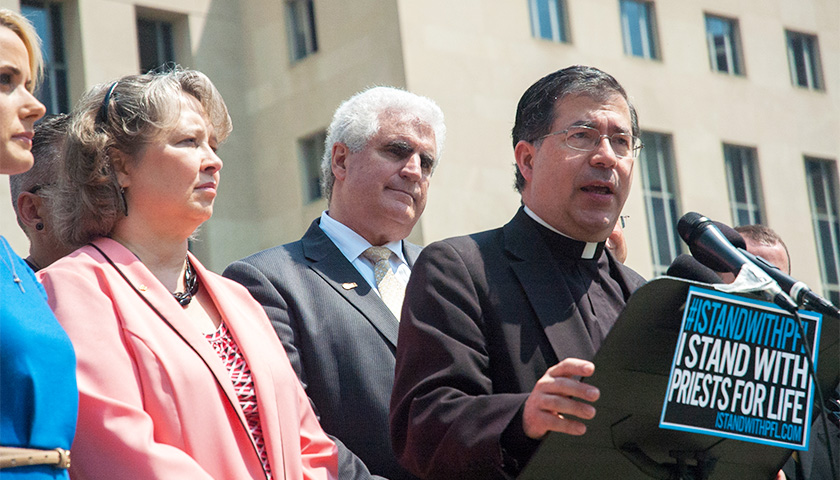 NASHVILLE, Tennessee – Father Frank Pavone of Priests for Life spoke with The Tennessee Star about what the landscape is going to look like in a post-Roe world and addressed the denial of communion to Speaker Nancy Pelosi because of her pro-abortion views and actions in government.

“We’re going to have to work with lawmakers, first of all, in those states that have either trigger laws or pre-existing pro-life laws that have been blocked by the courts – do whatever is necessary quickly to get those laws activated,” he said. “In some cases it’ll take some legislative action, not to the same extent as starting from scratch, but the steps that need to be taken,” Father Pavone said.