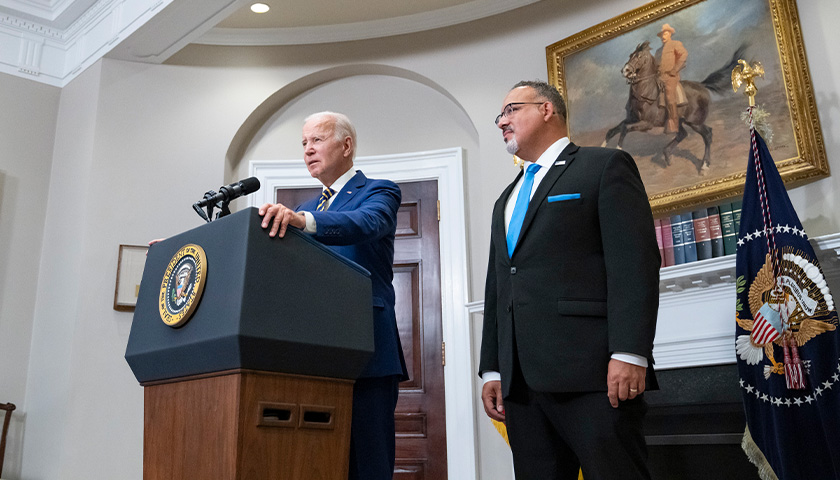 The Biden administration extended the student loan repayment pause to until the end of June 2023 while the administration’s student loan forgiveness plan is tied up in court, according to a Tuesday press release from the U.S. Department of Education (DOE).

Under the extension, loans do not need to be paid until 60 days after June 30, 2023, or whenever “litigation is resolved,” according to the DOE press release. The extension of the repayment pause comes as the Department of Justice (DOJ) urges the U.S. Supreme Court to overturn a lower court’s ruling which blocked the student loan forgiveness plan.